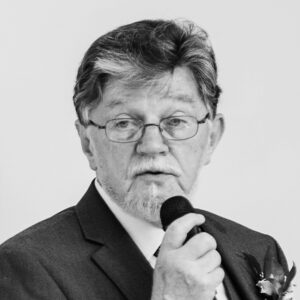 Pat O’Mahony, originally from a Cork farming background, on leaving school took a degree in Agricultural Science and serendipitously drifted into teaching.

After moving to Australia, he taught in the inner city before taking over as a regional director of adult and continuing education in NSW. In those years, he also acquired an MBA.

On returning to Ireland in 1989, he was appointed inaugural principal of Kilkee Community College, and in August 1992 he became the first lay Principal of Newbridge College.

In early 2007, he joined Education and Training Boards Ireland (ETBI), then known as IVEA, as Education Research Officer. There, he was involved at a national level with many of the changes that occurred in both second-level education and further education and training, until his retirement in late 2017.

In his years with ETBI, he was involved with several EU Commission technical working groups around improving the quality of schooling and further education and training.

Pat believes older people have a lot to offer their communities but, currently, there is no mechanism through which their skills, experience and wisdom can be cost-effectively harnessed, to the benefit of both the retirees and the wider society. He also sees the provision of an elder-friendly housing option at central locations in every community as critical to the quality of life of many older people.